Fighting inflammation is one of the most important things you can do for your health. Not only does it help to protect you from disease, but it also plays a role in healing and repairing damaged tissue. There are many different supplements that can help you fight inflammation, and each has its own unique set of benefits. This article, will discuss the top supplements for fighting inflammation and how they work.

This supplement is a powerful antioxidant that helps fight free radicals. Free radicals are molecules within the body that cause damage to healthy cells and tissue, which can lead to inflammation and more serious conditions such as arthritis. Fish oil also protects the body from various diseases by reducing inflammation throughout the body. Studies have shown that fish oil can improve attention and behavior in children with ADHD. It has also been shown to reduce the risk of heart disease by preventing blood clots from forming, which can cause a heart attack or stroke.

Curcumin is the main extract of turmeric which is found in Asia. The extract comes from the root of the plant and has been used for years as a pain reliever, stomach soother, and anti-inflammatory agent. It works to reduce inflammation by stopping white blood cells from sticking to specific receptors in cells. This prevents them from releasing pro-inflammatory proteins, which reduces the inflammatory response throughout the body. Curcumin has also been studied for its ability to inhibit COX-2, an enzyme that causes pain and inflammation when activated by free radicals. Studies have shown that curcumin can be as effective as ibuprofen at reducing inflammation and pain.

Vitamin D is a fat-soluble vitamin that can be absorbed into the body through food and supplements. It is used by the body to maintain normal blood concentrations of calcium and phosphorus needed for strong bones and teeth, as well as promoting neuromuscular and immune function. It also helps to fight inflammation throughout the body which reduces pain and reduces risk of heart disease. An effective dose of Vitamin D is approximately 800 IU per day, although it can vary based on your current levels of vitamin D in the body.

Vitamin C is a water-soluble antioxidant vitamin that can help reduce inflammation throughout the body. It works by preventing the production of inflammatory proteins which damage cells and tissue. Vitamin C also prevents LDL cholesterol from oxidizing, which reduces plaque buildup in arteries that can lead to atherosclerosis. Studies have shown that patients who take high doses of vitamin C every day have less pain and disability due to arthritis.

Probiotics are lactic acid bacteria that improve gut health by increasing the number of helpful bacteria in the colon. When taken in supplement form, they can help reduce inflammation throughout the body, which is especially important for people with inflammatory bowel disease (IBD). Studies have shown that taking supplements of probiotics helps treat Crohn’s Disease and Ulcerative Colitis and can help to reduce gas and bloating. Probiotics also improve digestive health by increasing enzymes that break down food proteins which reduces inflammation in the gut. Studies have shown that patients who take probiotics on a regular basis have reduced pain associated with IBD.

Ginger is a root that can be taken in supplement form to reduce inflammation and pain throughout the body. It contains antioxidants called gingerols, which reduce histamine production and inhibit inflammatory enzymes. Ginger also works by reducing prostaglandins, hormones that cause fever and swelling when activated by bacteria or irritants such as cigarette smoke. Studies have shown that it is even more effective than aspirin at reducing inflammation.

Resveratrol is a polyphenol found in red wine and grape skins that helps reduce inflammation throughout the body. It works by preventing blood platelets from clumping together, which reduces the risk of heart attack and stroke. Studies have shown that it can help slow down atherosclerosis (hardening of the arteries), as well as nerve pain. Resveratrol has also been shown to reduce inflammation in people with kidney disease, cystic fibrosis, and inflammatory bowel disease (IBD).

Boswellia is an herbal extract that reduces inflammation throughout the body, particularly in the joints where it can help to treat arthritis. Studies have shown that it is as effective as ibuprofen at reducing inflammation and pain, but it does not cause bleeding in the digestive tract like ibuprofen can. It works by interfering with inflammatory chemical messengers that increase swelling and stiffness, which decreases pain and improves mobility. Boswellia has been shown to reduce symptoms of rheumatoid arthritis by reducing the levels of inflammatory chemicals in synovial fluid.

Garlic is a herb that has anti-inflammatory properties. It contains sulfur compounds called thiosulfinates, which inhibit the activity of enzymes that produce pro-inflammatory compounds. When taken in supplement form it can help to reduce pain throughout the body, especially in patients with conditions related to chronic inflammation such as arthritis and psoriasis. Garlic thins the blood by preventing platelets from sticking together, which may reduce the risk of heart attack and stroke.

There are a number of effective supplements that can help reduce inflammation. Studies have shown them to be just as effective as prescription medications at reducing pain and inflammation, but they do not have the side effects that many of these drugs have. They also interfere with different molecular mechanisms of inflammation, which reduces inflammation in a variety of ways throughout the body. So if inflammation is something you deal with in your day to day life give these supplements a shot! 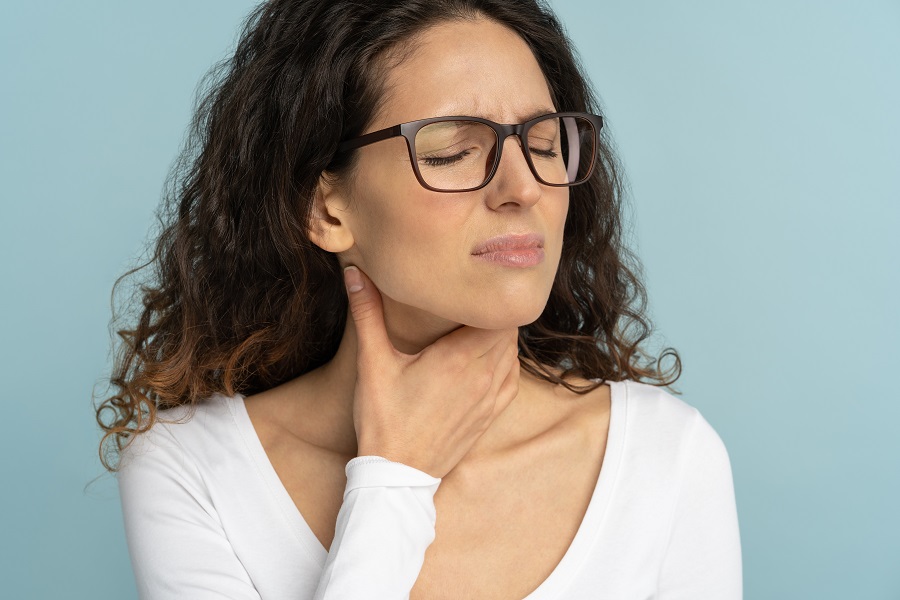 When you have a sore throat, the last thing you want to do is spend hours on the internet trying to find a cure. Luckily,…

Guide To Living With Oily Skin

If you have oily skin, you know the struggle is real. Your face feels like a slick, shiny mess by midday, and makeup just seems…

If you’re like most people, you probably take your skin for granted. You only think about it when it’s dry, itchy, or peeling. But if…

What To Know About Creatine

The Best Stretches To Start Your Day

What To Look For In A Therapist

We use cookies on our website to give you the most relevant experience by remembering your preferences and repeat visits. By clicking “Accept” or continued use of site, you consent to the use of all cookies. Read More
Do not sell my personal information.
Cookie SettingsACCEPT and CLOSE
Manage consent

This website uses cookies to improve your experience while you navigate through the website. Out of these, the cookies that are categorized as necessary are stored on your browser as they are essential for the working of basic functionalities of the website. We also use third-party cookies that help us analyze and understand how you use this website. These cookies will be stored in your browser only with your consent. You also have the option to opt-out of these cookies. But opting out of some of these cookies may affect your browsing experience.
Necessary Always Enabled
Necessary cookies are absolutely essential for the website to function properly. These cookies ensure basic functionalities and security features of the website, anonymously.
Functional
Functional cookies help to perform certain functionalities like sharing the content of the website on social media platforms, collect feedbacks, and other third-party features.
Performance
Performance cookies are used to understand and analyze the key performance indexes of the website which helps in delivering a better user experience for the visitors.
Analytics
Analytical cookies are used to understand how visitors interact with the website. These cookies help provide information on metrics the number of visitors, bounce rate, traffic source, etc.
Advertisement
Advertisement cookies are used to provide visitors with relevant ads and marketing campaigns. These cookies track visitors across websites and collect information to provide customized ads.
Others
Other uncategorized cookies are those that are being analyzed and have not been classified into a category as yet.
SAVE & ACCEPT